Aston Martin: How James Bond Made Bondi The DB5 Price 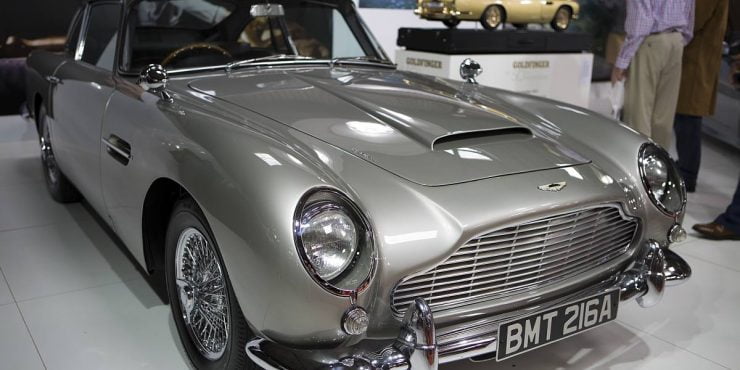 The timeless nature of Aston Martin’s cars is intimately linked to that of the world’s most famous secret agent, James Bond. Such strong synergy has brought substantial added value to both.

For Aston Martin, this value goes beyond the number of enthusiastic customers who buy the latest models to satisfy their desires to look like James Bond. This value can be accurately assessed in the market price of the old Aston Martins made famous by 007. Indeed, the most famous James Bond car (also the most famous car of all franchises related to cinema or television , according to multiple investigations) is the Aston Martin DB5 which was first presented in the classic “Goldfinger” in 1964.

Less than 900 original Aston Martin DB5s were created between 1963 and 1965. Although these models have always been associated with the famous secret agent, it is only in the last 20 years that their market value has skyrocketed. This is because Bond fans have taken the last copies. In the early 2000s, these cars sold well below $100,000. By 2020, they can easily cross the million dollar mark. Unless it’s one of the few original Aston Martin DB5s of the 1960s, one of which was sold last year for $6.4 million.

If this amount seems high for a car over 55 years old, Aston Martin has built new Aston Martin DB5 1965 for about half of that amount (about $3.5 million). Today, the 25 “Aston Martin DB5 Goldfinger Suite” has been sold, the first of which was completed last week.

A brand new James Bond car, with gadgets that work!

The “25 DB5 Goldfinger Continuation” will be painted in the same silver hue that the Q made for Bond, and all of these cars feature functional reproductions of the original gadgets from the James Bond DB5. This includes a rear smokescreen, fuel spill system, rotating license plates, fake machine guns in the front, a bullet-resistant rear shield, a fake tire tear and a removable roof panel for the passenger seat (to eject unwanted bad guys).

Similarly, inside, the DB5’s classic cabin is complemented by a fake radar screen, a phone, a speed button, an armrest, a control panel on the center console, a weapon storage support under the seat and a remote control for activating all these gadgets.

A vintage car worthy of the name!

However, if you are one of the 25 customers (now 24) who are waiting for their Aston Martin DB5 Series Goldfinger Suite from the Newport Pagnell factory, you are part of an elite group. Indeed, your car is the result of 4,500 hours of manual construction, with special attention in order to recreate the most famous cinema car in the world.