Negotiating His Role as a Proactive Citizen 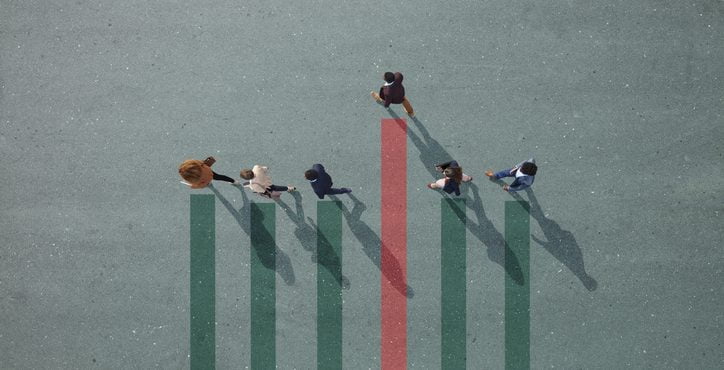 GettyImages-912015590 Group of young adults, photographed from above, on various painted tarmac surface, at sunrise.

The return to reality is harsh and not being protested is almost part of a marginal segment of the population now.

The large gathering of yellow vests was based on the increase in the price of gasoline almost two years ago. Evolving on motorway fares through the recognition of the white vote or the abolition of privileges of elected representatives, we are now on the RIP (Referendum of Popular Initiative) and the return to the ISF (Wealth Tax). A protest chasing the other, pension reform took over and then stop … everyone at home, containment obliges. With the communication of anarchic government crisis annoying many, the return to real life was not looking good. All the strata of the medical professions were logically beating the pavement when suddenly came the Floyd case, then Traoré, we are not at an amalgam near, with its lot of anti-racist demonstrations, then anti-cops, we knew that the far left was in ambush. And as it was not enough, community clashes between Chechens and “Neighbourhoods”, a fictional name given to a lawless zone, where individuals brandish weapons and shoot in front of television cameras to show that “… they wanted to ensure the safety of the inhabitants.” I quote Hamid El Hassouni deputy mayor François Rebsamen in Dijon and delegate to this now nationally known district. So we can sleep on both our ears, here we are well guarded.

Then return the yellow vests on another theme, “The Pride March”. It is also needed for LGBTQI people. Not everyone knows the end of this acronym, the Q means that the person is neither straight nor gay. As for the I, it is for people thinking that they have no gender (female or male). There is no shortage of ideas to demonstrate.

Otherwise there are other people, those who virtuously, without excessive egos and less navel-gazing, driven by an approach that seems so obvious to them that they do not have the mind to philosophize, have committed four weeks, weekends and holidays included until July 24, at the Officers’ School of the Gendarmerie of Melun to become an Officer in the operational reserve. The 30,000 reservists integrated into this heiress of the 14th century marshals, needs frames for missions from one day to three weeks. Ensuring the safety of the more than 4000 kilometres of coastline during the summer requires trained staff, and the same is true for large-scale events as well as various festivals and other concentrations of holidaymakers.

Researcher at the CNRS, auctioneer, sports teacher, CEO of a company specializing in cyber security, for a former international hacker it is rather a logical sequel. Banking consultant, law or language student, acquisition merger specialist and accounting expert, we are at the Samaritan of brains that go round. They are forty years of age between 22 and 44 years old who have come to adapt to a life at odds with their own, supervised by pros who teach them methods of tactical reasoning, professional intervention, or the legislation and the rigor of taking into account shooting sessions and other high-risk instructions. And as if that weren’t enough, whole days and evenings of situations during which they will need to intervene with their staff, intervene on marital conflicts, alarms with burglaries or even evenings of supporters that degenerate on the terrace of a pub. The daily life of law enforcement is becoming theirs. The adrenaline rushes tire them out, especially since they are asked for analysis, command in a degraded situation and a know-how to be impeccable.
For these future reserve officers, they will have to wait another year to take a vacation. But it was not their concern for the moment, they who, three days apart, observed a minute’s silence on the rows, in tribute to a soldier of the weapon who died of COVID19 and Mélanie Lemée, the young gendarme of 25 years, hit by a drug dealer, driving and without a license of a vehicle thrown at her at an estimated speed between 130 and 150 km/h. It is in this context that they must remain focused because the exams are coming and the training is not finished.

What if we protested to tell them how proud we are of our proactive citizens?